Guest Post: How to Halve Your Laundry’s Running Costs 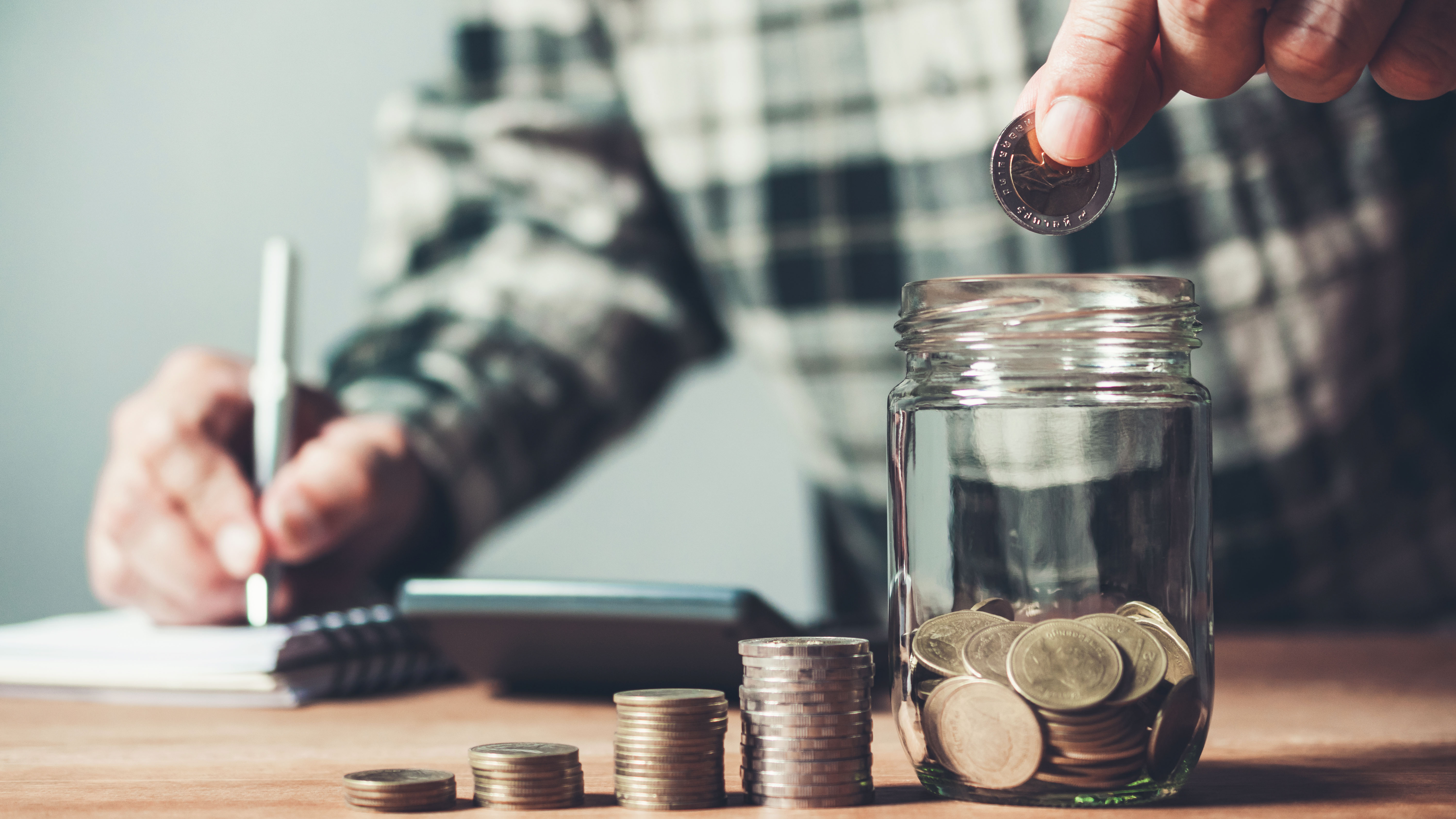 Many years ago, a Scottish hotel, acting on the advice of an external supplier, changed its electric tumble dryers for steam-heated ones. The steep drop in electrical charges astonished the hotel accountant and the realisation of what the total extra cost had been, spread over the ten-year life of the dryers caused him to sit down with his head in his hands!

He learnt the hard way that tumble drying is the most expensive and least energy efficient step in the laundering process. Additional charges for the maximum electrical demand at peak times were almost as much as the charge for the units used! The cost of steamheating was barely one half of the electrical charges. Cost minimisation is almost a cultural virtue in Scotland, so the pain was deeply felt.

Now, most hotels are cannily planning their laundering activities to maximise the many different techniques for achieving running costs which are sometimes below half what they were ten years ago, in real terms. This month we look at how they are doing this.

In 2009 The Carbon Trust in the UK published Booklet CTV040 “Energy Saving Opportunities in Laundries – How to Reduce the Energy Bill and Carbon Footprint in your Laundry”. Go to www.carbontrust.co.uk and put ‘Energy saving in Laundries’ into the search engine to download your copy. Its advice remains relevant today and should enable the groundwork for your cost reduction programme. This gave targets for energy consumption by launderers in kWh/kg of dry laundry sold, for various sizes of laundry operation. In 2009 these targets were as shown in the following table:

It is now possible to improve on these 2009 targets (typically by at least 20%) and this month we look at how to do this.

Start out by getting the entire team onside and working from the same set of objectives. Everyone has something to contribute, from the newly recruited Operative to your Laundry Engineer right up to the General Manager. The Laundry Supervisor probably has the most work to do, although the Laundry Engineer’s role is often the most difficult. They all need an enthusiastic briefing by the General Manager, once the Management and Supervisory team has established a list of actions for the next three months. What these actions are depends of course on how far the laundry has progressed in the last ten years – many are still working above the target figures of 2009!

Commercial laundries specialising in hotel work already try to get customers to understand the importance of correctly bagged soiled textiles that are dry and free of mould (so no accumulation out in the rain or in damp cellars), with no rust marking from dripping chiller cabinets. Mould removal requires a special process and the rust removal one is even more time and energy consuming. Towels used to clean guest-room mirrors rapidly acquire irremovable staining, increasing energy, water and chemical consumption.

Sorters and the washhouse team must understand the importance of making up full loads wherever possible, so as to clear the workload in the working day, with no evening shift. Two half-full washer loads use far more energy and water than is required for one full load. Guessing the weight of a trolley full of textiles is no substitute for weighing each machine load properly, on correctly calibrated scales. In this way, every washer extractor can be loaded to its absolute capacity (based on 10 litres of cage capacity per kg of cotton goods and 12 litres per kg for polycotton blends).  Do not allow overloading because this increases the rewash. The only exception to this rule is when washing used towels, because wet towels tend to carry at least 20% moisture, which means a 100kg machine can be loaded to 120kg.

The detergent supplier’s help may be needed to minimise the wash dips (assuming your supplier also puts in your wash programmes). Modern machines with programmable computer controls usually allow every dip in each stage of every programme to be set individually. For cotton goods start with a pre-wash dip of 125mm and a main wash dip of 75mm and remember that every 25mm above this will increase the stage energy consumption, typically by 10%, so it pays to get this right. Otherwise you are heating unnecessary hot water.

The leading supplier of washing machines as far as energy and water economy is concerned is probably Hydrofinity, which has over half of its water replaced by XOrbs. This machine uses a precisely measured injection of water for each stage to reach its market-leading frugality in utilities (and chemical) consumption.

Rinse water requirement varies according to the quality (specifically the alkalinity) of the local water supply. The less alkali in the local water, the lower the rinse levels can be set. This must be done carefully, because too low a rinse dip results in yellowing of the textiles in drying. If you do get this, you will find that the yellowing comes out in the next wash, but you need to increase the rinse levels by about 25mm to avoid it happening again.

Spin speeds and spin times play a major part in downstream energy costs. For cotton goods, the maximum spin speed normally gives maximum mechanical extraction of water. This is important, because drying using heat, as in ironing for example, uses five times the energy per litre of water evaporated as is required for hydro-extraction in the washer extractor. For tumble drying, the ratio is fifteen times! You can check that you have got the optimum spin time, by starting with six minutes and increasing this in one-minute steps until an increase of another minute fails to extract any more moisture. For polycotton goods that are to be tumbled dry or finished in a garment tunnel finisher, the optimum hydro-extraction conditions are determined by the need to get a crease-free finish. This is achieved by reducing the spin speed in small steps until an acceptable level of creasing is achieved. Otherwise, the same principles apply.

Low temperature washing is now established as a major step forward in managing a laundry’s carbon footprint. Some washer and programme designs are already built around a low temperature main wash (the Hydrofinity machine, for example). Others are still catching up. The difference in terms of the targets mentioned earlier is usually 0.2 – 0.3 kWh/kg, so it plays an important part in maintaining year on year reductions and should not be ignored.

Tumble drying remains the least energy efficient stage in the laundering process and even the latest modern designs lose over 45% of the heat energy supplied, in the form of hot, unsaturated air going up the stack. Earlier designs (still in use in many laundries) lost as much as 65% of their heat input to the stack! This makes it imperative to get the spinning speed and time right for cotton towels and any other full-dry cotton goods, such as bath robes.

Ironing represents a major opportunity for energy economy. After low-temperature washing, the secret is to dry the sheets/pillowcases via the low energy route, which also happens to give a better quality than is often achieved. Extract as much moisture as possible in the hydro-extraction as described earlier. Then take the textiles straight to the ironer, without any conditioning in the tumble dryer. The ironer has a thermal efficiency approaching 95%, which is always going to beat the 50 – 55% of even the very latest dryers. If the ironer cannot cope with the load, then tune it properly. This might mean attention to the following:

Laundering using minimum energy, water and chemicals does not require expensive investment in new equipment or in energy recycling systems. Getting the management right first is the essential starting step, with rich rewards still available in most laundries, from the largest down to the tiniest!

Guest Post: How to Measure Quality and Use This to Rate Detergents
Wash quality is a key factor in decision making for detergent purchase and even for washing machine selection, and now this can be reliably ... END_OF_DOCUMENT_TOKEN_TO_BE_REPLACED

Guest Post: 3 Ideas to Improve the Sustainability of Your Hotel’s Laundry
At last! Environmental sustainability is starting to resonate with a significant number of hotel guests, and leading hoteliers are now ... END_OF_DOCUMENT_TOKEN_TO_BE_REPLACED