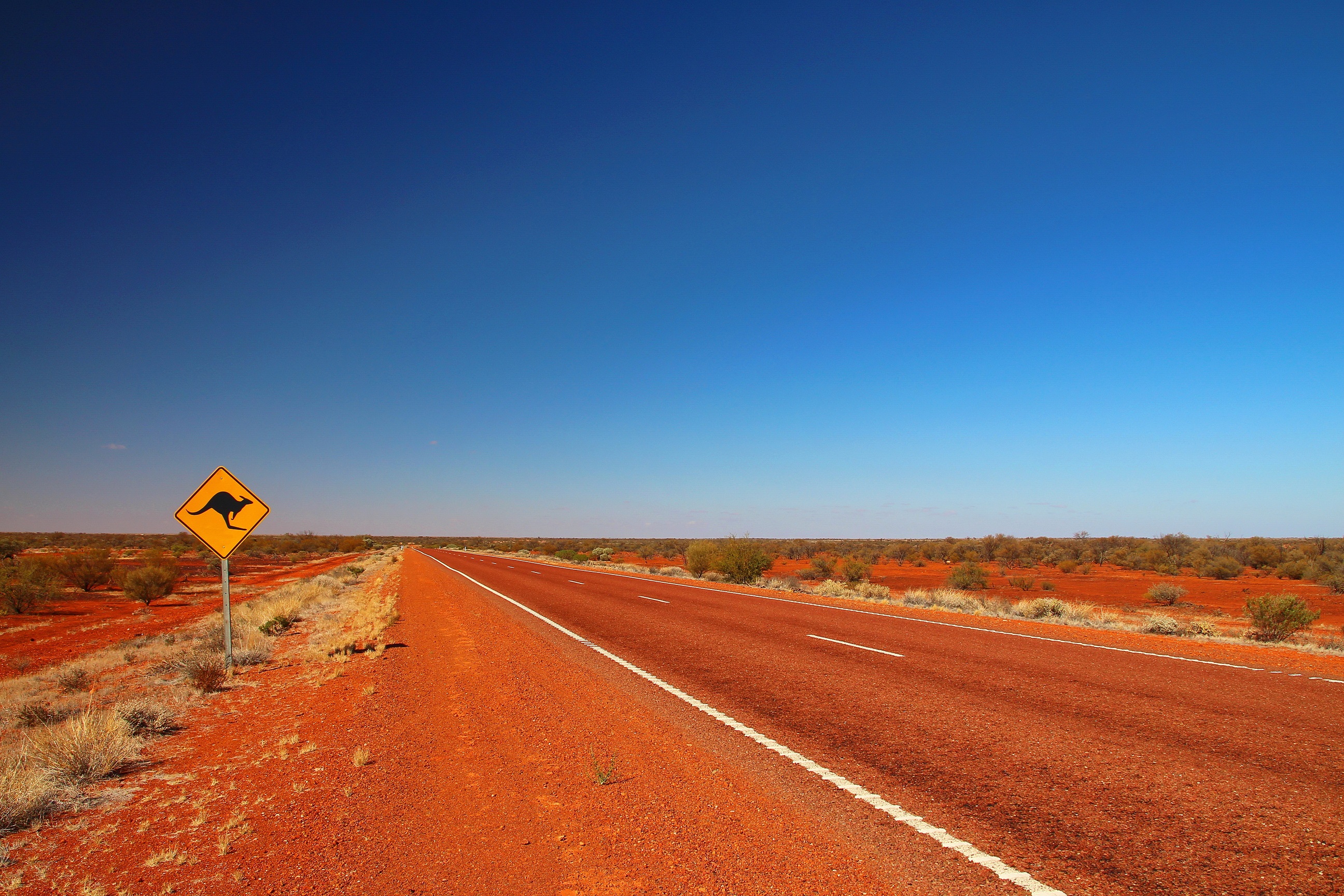 Australia has just recorded its warmest start to a year and national water storage has fallen to its lowest level in five years. We're not talking millennium drought levels just yet, but in Sydney, water restrictions have just started and all capital city water storages are down on last year, bar Perth.

What's the water situation in Australia?

Australia's most populous state - New South Wales - has suffered two years of below average rainfall meaning dam levels are just over 50%. For the first time in a decade, water restrictions have been imposed and residents will be slapped with a $220 penalty — for businesses that figure increases to $550 — if they don't comply with these restrictions.

Melbourne has been hovering around its driest start to a year on record, with only 95.6 millimetres of rain in 2019, as of Tuesday 28th May. The city's water stores are down nearly 10% from a year ago.

Dams in Adelaide, meanwhile, are at 42.4%. In December, the state and federal governments set up a $2 million study to see how its underutilised desalination plant, built in response to the millennium drought, could offset water from the River Murray. 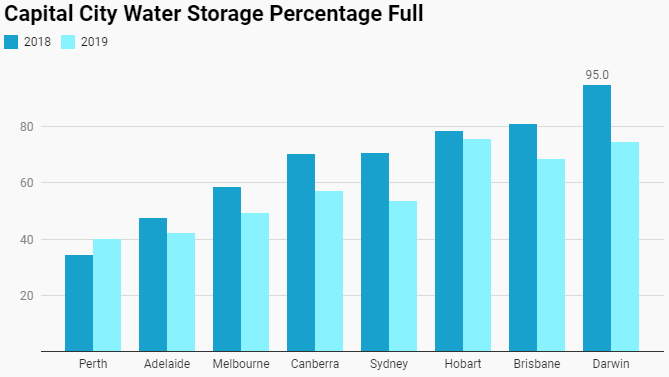 Australia is the driest continent inhabited on Earth. With its very limited freshwater sources, drought is a considered part of its climate. Additional research from the Climate Council states that "water scarcity in major cities, particularly Melbourne, Sydney and Perth, has been exacerbated by drought and remains an ongoing challenge. As of 2013, 89% of Australia’s population lived in urban areas (World Bank 2013), placing high demand on urban water supplies as populations continue to grow. Pressure on urban water supplies is projected to intensify as droughts increase in frequency and severity in the southwest and southeast.”

Australians continue to seek out water efficiency options. A new technology is now available in Australia to reduce water usage. An innovative low-water washing machine from Hydrofinity provides a perfect solution for hotels and industrial laundries looking to reduce their water and energy consumption.

This revolutionary new laundry system replaces water with XOrbsTM to dramatically cut the amount of water used to clean laundry. These XOrbs replace about 80% of the water and also significantly cut the amount of electricity and detergent needed to wash the laundry as well. By combining the XOrbs molecular structure with a proprietary detergent solution, dirt from soiled items is attracted and absorbed by the spheres, producing cleaner results in ambient water. The reusable XOrbs have a lifespan of thousands of washes before being collected and recycled. The patented, award-winning system uses up to 80% less water, up to 50% less energy, and approximately 50% less detergent than traditional systems.

To find out more about purchasing a Hydrofinity Washing Machine in Australia, contact our partner, Richard Jay.

What Are These XOrbs That Replace Water in Commercial Washing Machines ?!
You've probably heard us say thousands of times before that the Hydrofinity washing machine uses up to 80% less water than conventional ... END_OF_DOCUMENT_TOKEN_TO_BE_REPLACED

How to Overcome Common Commercial Washing Machine Maintenance Issues
How many of you grew up with a washing machine that would only work if you slammed the door just right, or used the exact amount of ... END_OF_DOCUMENT_TOKEN_TO_BE_REPLACED